What's on your mind?

So my account was deleted for violation, and I didn't know I could get it back. Is it still possible for me to recover it? 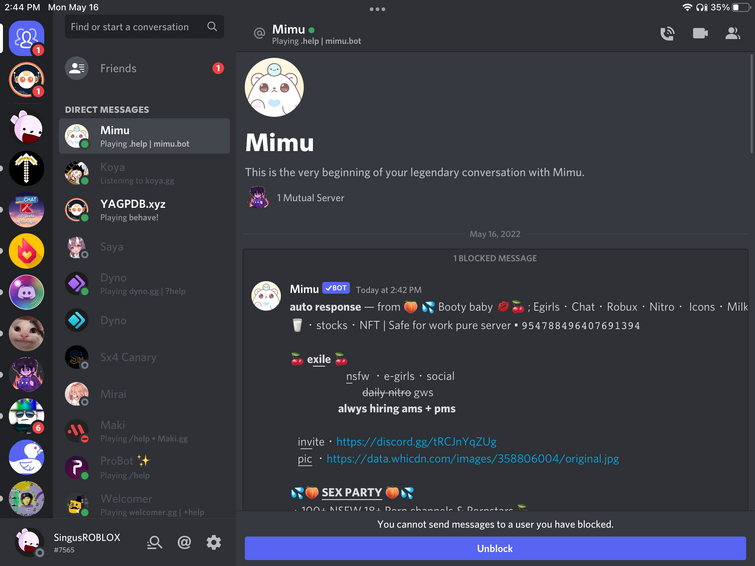 2 days ago there was a hacker who sent poppy playtime nsfw pics then got banned, the hacker rejoined once again. yesterday the hacker created another account and sent 2 poppy playtimes nsfw pics, but got banned. today, when i was in a server, chatting with the people in Sen's server, i was getting banned in each server i joined fast then i saw a pop up message saying claim your account or something then my account literally got deleted. 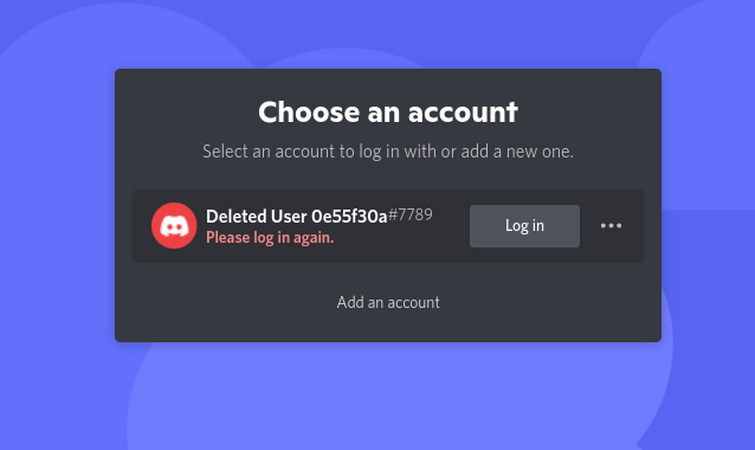 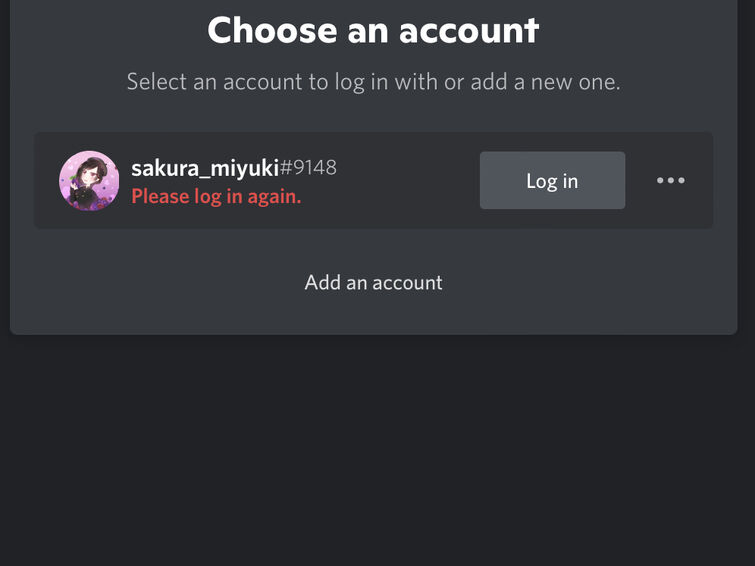 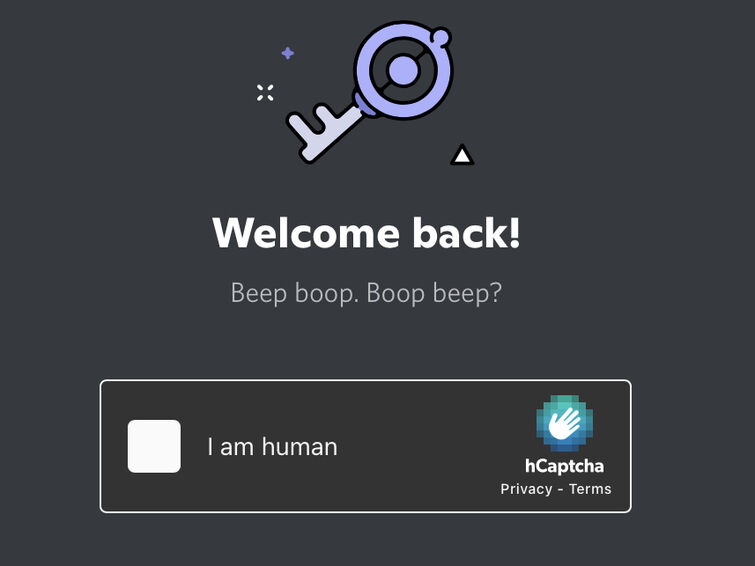 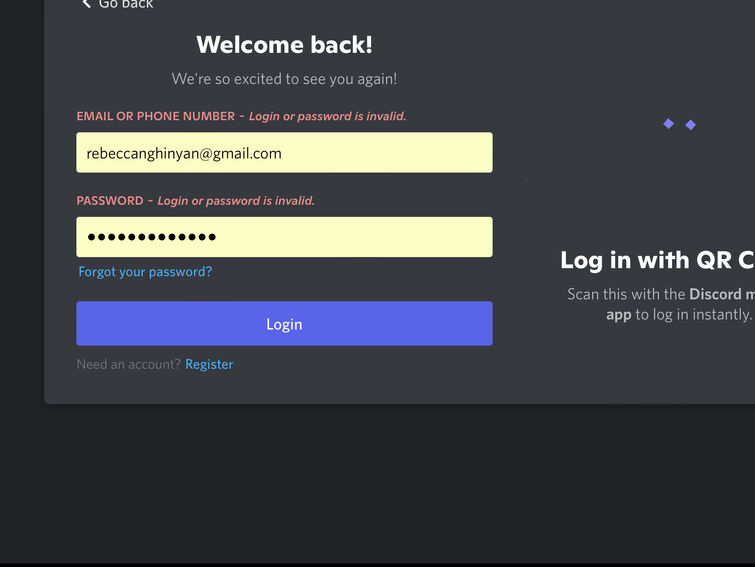 And….AND! THEY SAID MY EMAIL IS RIGHT WHEN IT’S WRONG!!!

How can I fix it?

I have already changed the password, verified, typed in right things and they said it’s wrong and feels like they force me to use a new account. HELP!

Maybe add a option where a ban from a discord server is a IP ban or no IP ban?

In the User Stastus Page, add Streaming, It's a purple circle with a triangle in the middle. Only a few bots have it.

I keep on trying to open discord but it hasn’t been working for the last 3 days. At first I thought my internet wasn’t working, it was and still is

I then thought that discord was down, wrong

I seriously have no idea how to fix this issue. Here is what it looks like 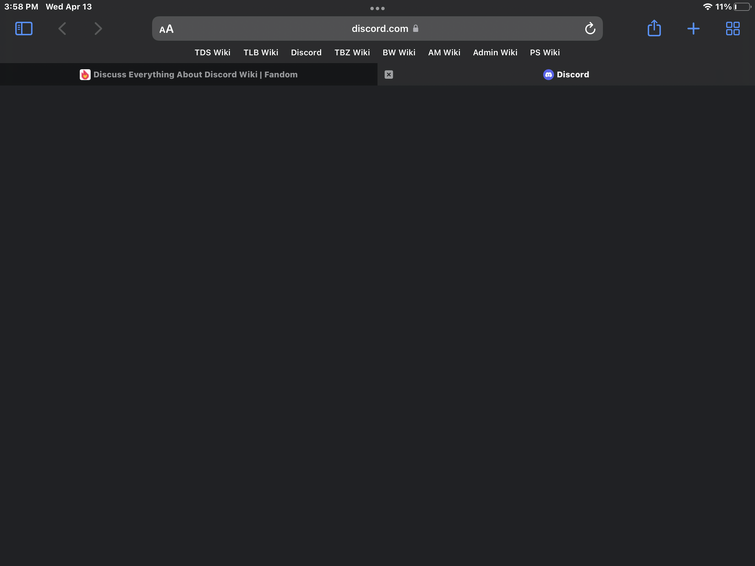 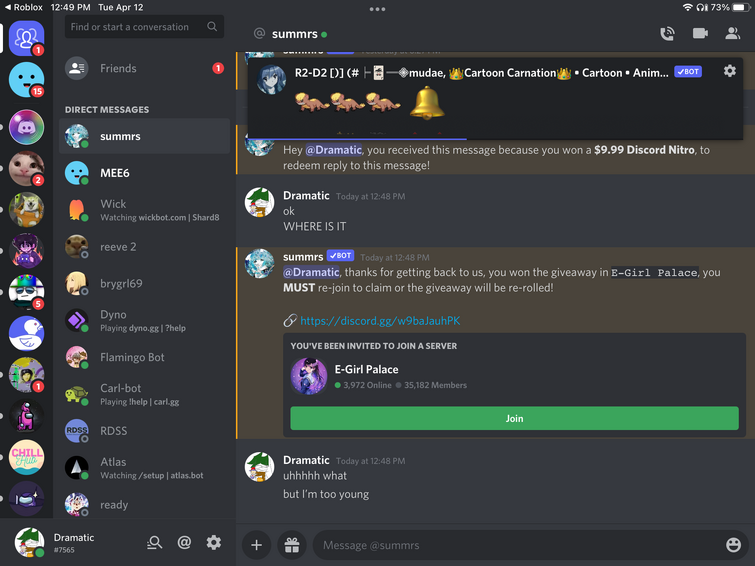 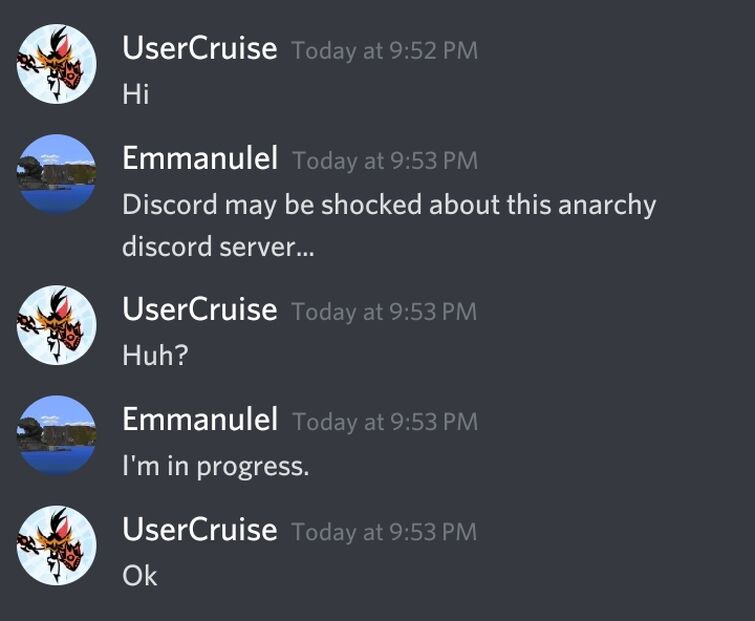 Hello community, someone accidentally deleted my discord account but as of now I am trying to recover it. If I recover it, will I lose all my favorite GIFS?

Come and join my unofficial storyteller server so we can talk all about this underrated treasure!

So I joined a server recently, but it doesn’t show up in the servers I’ve joined. I tried putting in the link, thinking maybe I was kicked or something, but it says the invite is invalid. The server is pretty large and I don’t think they have any reason to ban me.

My account got disabled due to joining a server yesterday that was about nsfl (NotSafeForLife) content from here i told many people and had a ton of people report it and from there basically i just went to bed like any other morning not having posted anything in the server not even doing the verification i just joined and it stayed there in my server section, and from there this morning i was disabled, I've been reading about it and i found that entire discord servers of people can get banned if the owner is doing something over tos and this makes me cringe cos i clearly have made a mistake and this has happened i would also show proof of the dms and stuff i talked about but well... banned So i guess I'm just here asking yall why the hell this is a thing or if someone knows a place where I can understand how moderation works im not asking for help with the account cos I've appealed I'm just asking for some knowledge.

If you end up deleting your account, does your password turn into random gibberish? I want to add this to the article regarding deleting accounts but I don't want to add false information.